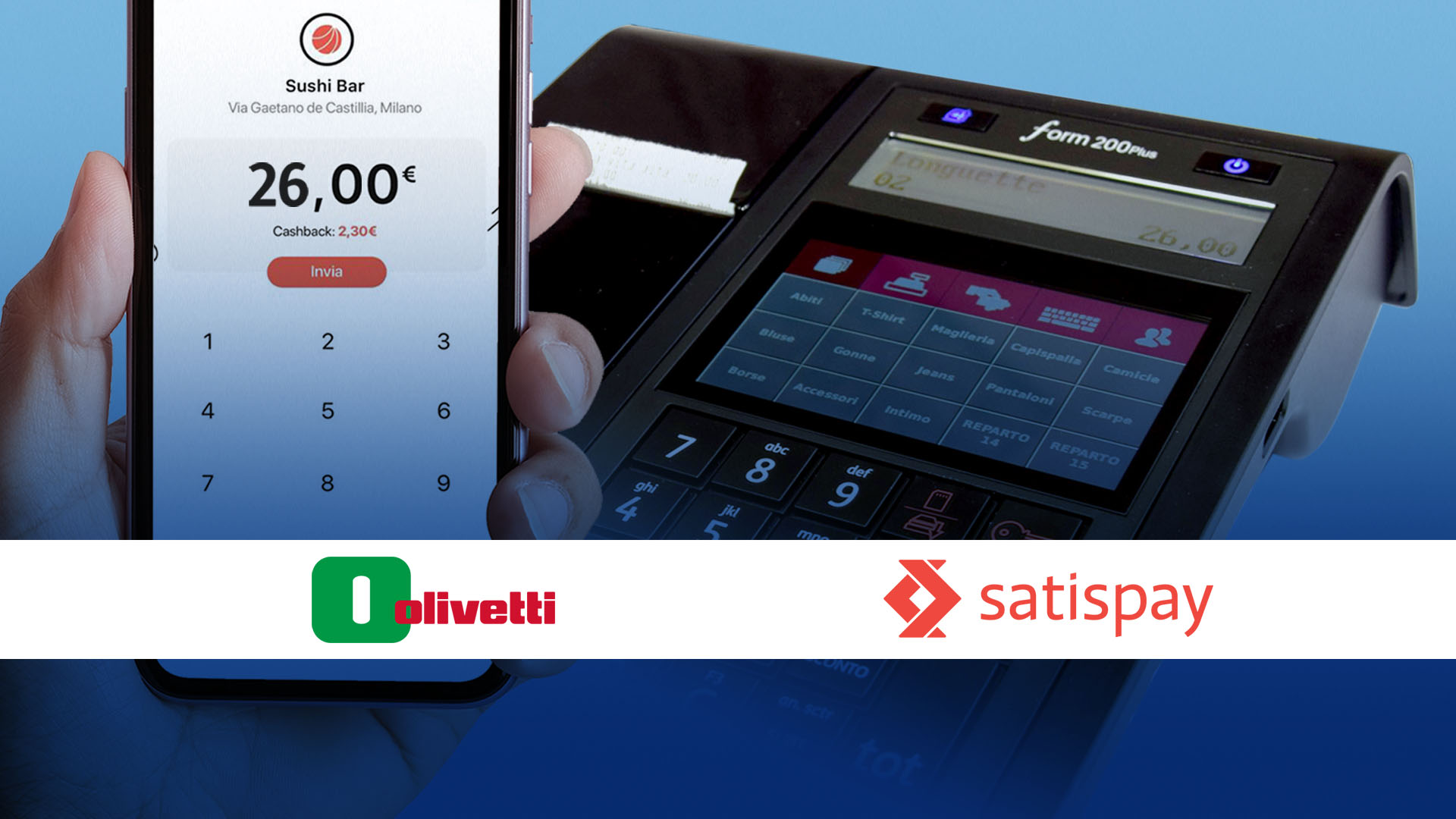 This renewed collaboration between Olivetti and Satispay

aims to accelerate the proliferation of electronic payments in the retail market, particularly in reference to local businesses, a main target for both companies. The agreement also aims to enhance the synergy between retail payments and cash systems.

The partnership includes strong technical integration between Olivetti’s range of telematic cash registers and the Satispay payment solution, which will allow the company to offer better, faster services, optimising the timing of payment transactions. In particular, when a customer sends payments via Satispay from their smartphone, the merchant will be able to accept the payment directly from the Olivetti cash register. The amounts collected in this way will be transferred directly to the merchant’s current account by Satispay, a service which Satispay provides commission-free for payments under €10, with a commission of only €0.20 for transactions above this amount.

A commercial partnership has also been established for the dissemination of the Satispay mechanism across the Olivetti sales network.

“We are delighted to strengthen our partnership with an innovative company like Satispay. For Olivetti, this partnership represents a further step in the evolution towards the TIM Group’s role as a Digital Payment Service Provider, which involves a growing presence in the digital payments sector and in retail payments in particular”, stated Roberto Tundo, Chief Executive Officer of Olivetti.

Alberto Dalmasso, Co-founder and CEO of Satispay added: “With Olivetti we immediately shared the aim of generating innovation in payment management, making it easier than ever for businesses to adopt a system that offers new standards of quality in service to end-users in terms of fluidity and convenience. The renewal and extension of our partnership reaffirms our vision and I am sure it will soon be reflected in new and important results”.

For Satispay, the agreement is part of its strategy to offer all types of businesses access to the benefits of its payment solution, which owes its success to its simplicity, convenience and transparency.

For the TIM Group, the agreement forms part of its strategic relationship with Satispay, in which it holds a minority stake through its Corporate Venture Capital company, TIM Ventures.