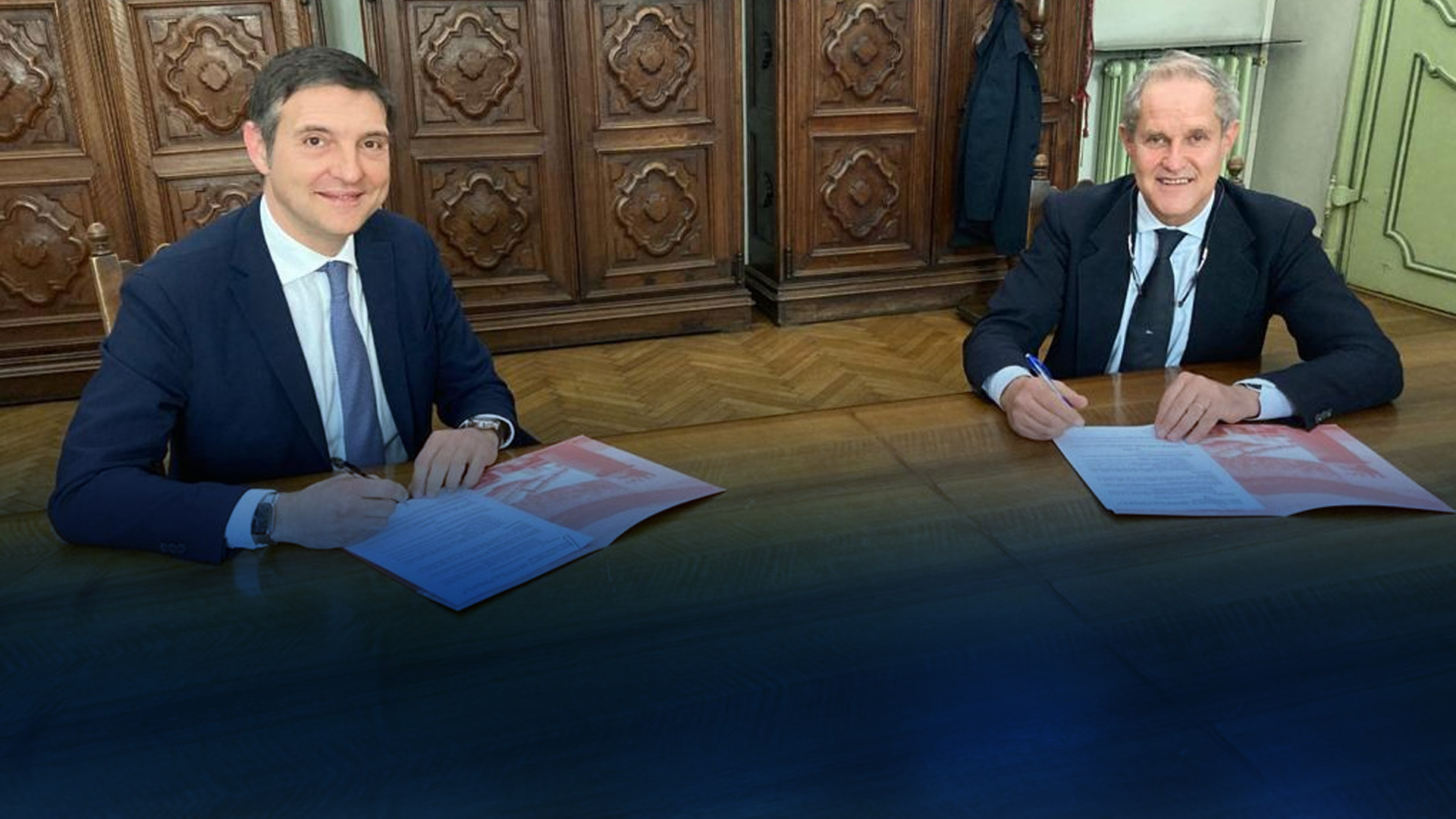 The Municipality of Ivrea and Olivetti confirm and extend the Memorandum of Understanding  signed last September aimed at giving new impetus to the introduction of digital instruments  for increasing the prominence of the Canavese area.

The Agreement, signed by Stefano Sertoli, Mayor of Ivrea, and Roberto Tundo, Olivetti CEO, aims to experiment innovative digital services and platforms through ever closer collaborations between Olivetti and the Eporediese community.

More specifically, Olivetti will provide know-how for the development of innovative solutions comprising also digital platforms and products for smart management of the territory. An experimental phase will be launched, with a preview of new digital services aiming at added-value, simplification and modernisation - all integral to digital transformation.
The agreement is coherent with the wider “Ivrea Smart City” project that sees the City of Ivrea and the Canavese territory generally as an Olivetti workshop for technological innovation: in fact, the release of the first prototype of the national platform for the administration of smart communities comes under the umbrella of the “Ivrea Smart City” project. Currently, a number of verticals are implemented for mobility, waste management and parking, and city monitoring provided by the CityForecast dashboard where Olivetti is also present, coherently with its vocation to innovation, and confirming the importance of Ivrea for its strategic development, as a hub for the next phase in its technological development.

Roberto Tundo, Olivetti CEO, commented: “The objective of Olivetti, Digital Farm of the  TIM Group, is to respond to the needs of the community with innovative digital services.  Conceiving, developing and producing solutions for the smart city within the context of Smart Urban Services represents one of the pillars of our new business plan aimed at offering greater efficiency in administration of the territory. The strategic value of Design, in Olivetti planning, assumes a key role in the sustainability and circularity of the solutions proposed. The commitment of Olivetti encapsulated in this strategic agreement with the Municipality of Ivrea - already in existence with Confindustria Canavese and Turin Polytechnic -  goes precisely in this direction, We are sure that it will allow us to give just prominence to our local territory, confirming the importance of Ivrea in the strategic path followed by the company as a hub for the next step in its technological development. Education and sharing - elements that have been cornerstones of the community throughout Olivetti history - are today integral to an evolution distinctive for its technological superiority and design excellence accompanied always by the fundamental concept of human centrality”.

Stefano Sertoli, Mayor of Ivrea, commented: “The City of Ivrea by now is recognised as a place where digital transformation finds a particularly fertile terrain. The various opportunities that have been emerging over the last three years now will be fundamental for economic and entrepreneurial development, for promoting tourism and culture, implementing processes for improving accessibility and for establishing a direct, permanent relationship between the Public Administration and the Community”.

The experimental phase will last 12 months with a Joint Coordination Committee  monitoring the progress of activities.