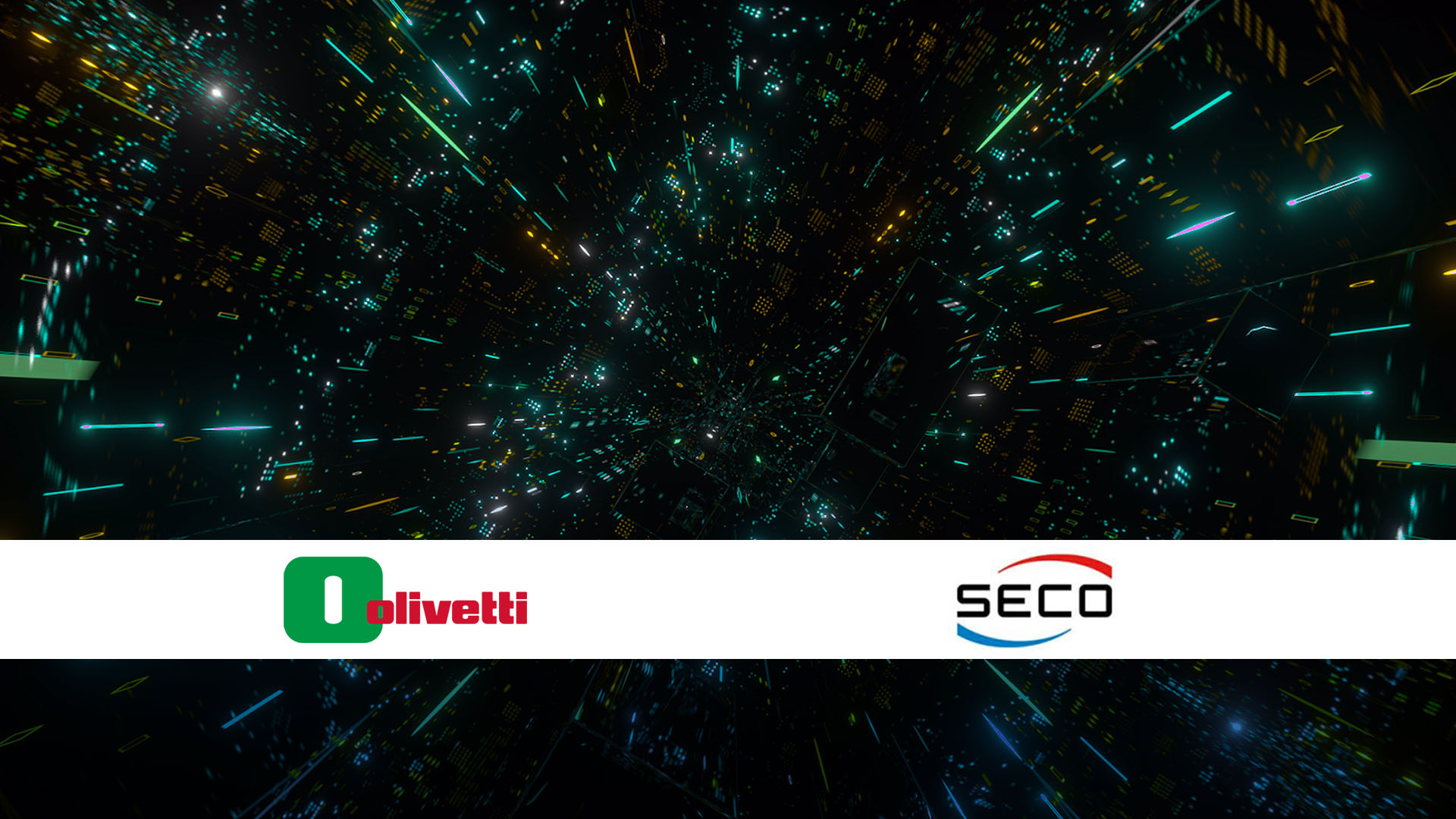 Olivetti SpA (“Olivetti”), digital farm for TIM Group’s IoT solutions, and SECO SpA (“SECO”), reference player in the field of technological innovation and Internet of Things solutions, have signed a multi-year industrial partnership agreement to jointly work at the development and commercialization of smart hardware and software solutions to accelerate the digitalization process of business customers.

In light of the agreement, SECO strengthens the industrial partnership with Olivetti with regards to the supply of hardware devices currently included in SECO’s product catalogue, as well as for the co-development of hardware and software solutions dedicated to Olivetti and to be distributed with the brand “Olivetti powered by SECO”.

SECO will also make available to Olivetti SECO Mind’s artificial intelligence and data analytics expertise for the integration and the development of Olivetti proprietary horizontal and multi-layer software solutions, to be fully integrated with Olivetti’s Business Services Automation offering. Such solutions will find application both in sectors in which Olivetti has launched a dedicated proposition (smart cities, urban services, industrial automation, smart agriculture, etc.) and in the digital payment systems world, as well as in the world of connected devices.

This partnership has been thought to accelerate the digital transformation process of TIM Group’s business clients, both in the Large and Small-Medium Enterprises segments, as well as the Public Administration sector. Products released by Olivetti thanks to the industrial partnership with SECO will be sold in exclusivity by the TIM Group’s sales force.

The agreement allows Olivetti to significantly rationalize its supply chain and accelerate the time-to-market of its products, being able to count on the R&D expertise of SECO as Olivetti’s technology partner and preferred supplier for the world of IoT solutions: SECO will ensure the qualitative standards and the efficiency of the products manufacturing processes, as well as the efficient management of the supply chain and the optimization of the activities related to the production phase. In addition, SECO will make its System Integration, Hardware Development, Software Development, Validation & Verification teams available, together with its simulation and testing labs so as to minimize the certification and launch of the new products developed within the context of the partnership.

The go-to-market strategy and the roadmap of the co-developed products will be agreed and coordinated by a directional Committee participated by Olivetti and SECO CEOs, among others. This committee will be supported by cross-company teams focused on the definition of technical, operational and commercial guidelines for the diffusion of the solutions developed within the context of the partnership.

“We are convinced that digitalization, Internet of things and artificial intelligence represent fundamental opportunities for the development and the increased competitiveness of Italian companies. In SECO we have found the ideal partner to accelerate the diffusion of these enabling technologies in our country’s industrial landscape”, said Giovanni Ronca, Olivetti Chairman.

“Thanks to the industrial partnership agreement between Olivetti and SECO, starting from today Italy’s industrial landscape and Public Administration can count on a primary partner to grab an unmissable development and digital evolution opportunity, resuming in this way a sustainable and durable economic growth path, also made possible by the tools the NRRP makes available in these fields”, said Roberto Tundo, Olivetti CEO.

“We are delighted to start this industrial collaboration with Olivetti and the TIM Group. Today, more than ever, the need for digitalization is more and more widespread in any industrial sector, and the combination between the technologies of SECO and Olivetti with the strength of TIM’s sales force represents a unique opportunity to effectively address these needs and further accelerate our organic growth”, said Massimo Mauri, SECO CEO.