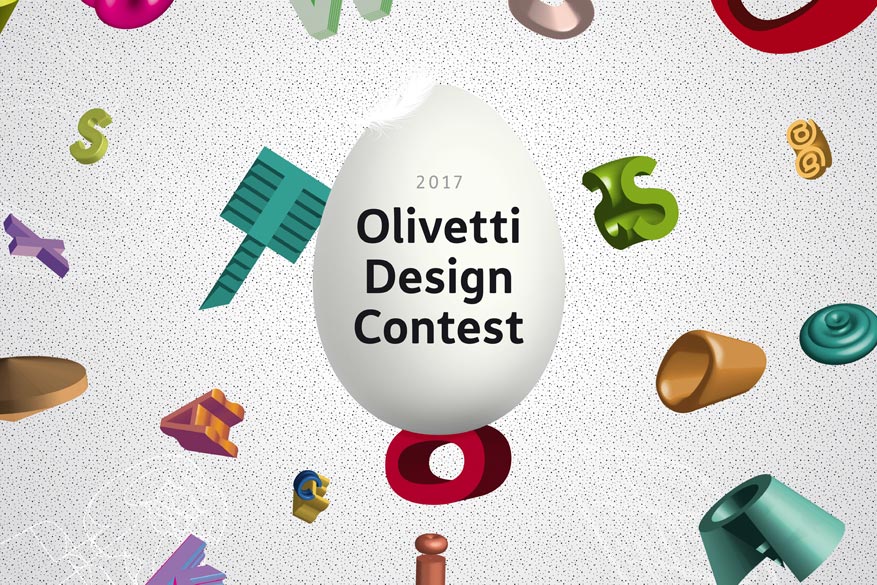 For the second year running, the company launches an initiative in the industrial design field aimed at students of Italian and European academic institutes to promote talent, aesthetic values and innovation

After the success of its first edition, the Olivetti Design Contest renews for 2017 also its long tradition of investing in design that, for over a century, Olivetti has placed side by side with innovation and experimentation, convinced that aesthetics also is an essential motor for driving industry. The focus on the contribution of young people and the important experiences deriving from teamwork in the industrial design field are a demonstration of this, as are also the precious contribution over the years of artists and designers. Following the path traced by Olivetti history, the visual aspect of the Contest takes its inspiration from the works of Ettore Sottsass, also providing a tribute to this great architect - one of the most important collaborators of the company - for whom 2017 marks the centenary of his birth.

The aim of the Contest is to provide recognition to projects able to offer an original contribution towards the design and production of a 3D printer body and/or a landline business telephone.

Projects will be judged by a jury composed of experts from the art, marketing, design, communications and business fields. The Jury bases its assessment on the design concepts behind the works presented, production quality and the feasibility of developing the project in commercial terms, also taking into account its coherency with the system of values that has always made Olivetti distinct: customer-orientation, innovation, experience, excellence and proactivity.

The winning projects (placed first, second and third for each of the two themes of the Contest), will each be awarded a monetary prize. The project awarded first place will receive a monetary prize of €2000.00, the second placed €1500.00 and the third €1000.00.

The Olivetti Design Contest 2017 Call for Participation can be downloaded from this page and from the sites of the participating Institutes.

Download and read the Olivetti Design Contest 2017 Call for Participation