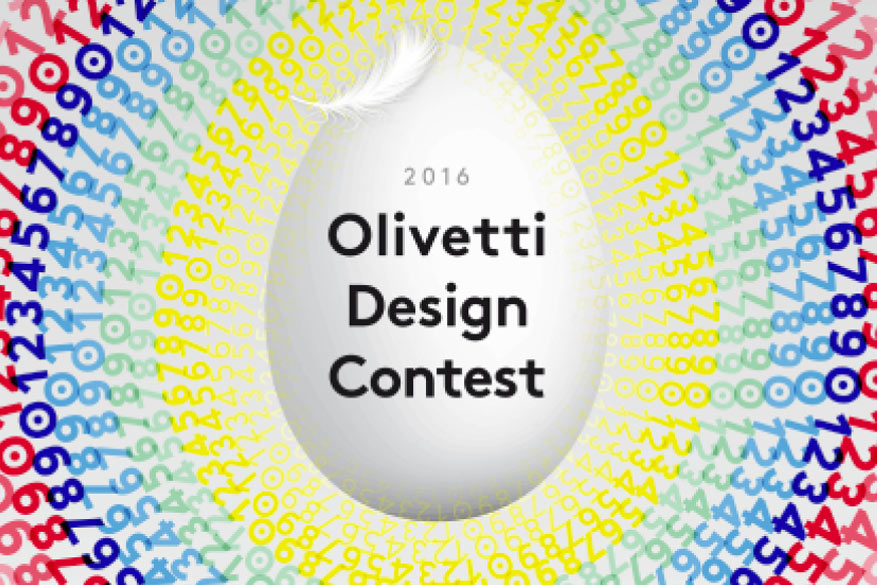 With this Contest, the aim of the Company is to carry forward the noble tradition of collaboration between industry and design, introduced originally by the historic brand over a century ago.
The intention is to place collaborations with young people at centre stage, promoting formal experimentations of an original innovative nature while pursuing the concept of beauty as the driver for industrial development. As a result Olivetti has established partnerships with well-known respected artists and designers such as Mario Bellini, Michele De Lucchi, Jean Michel Folon, Marcello Nizzoli, Giovanni Pintori, Ettore Sottsass.

The Contest is under the patronage of TELECOM ITALIA S.p.A, owner of Olivetti S.p.A, both of which have always shown a special attention towards cultural initiatives connected with innovation. Operating in the ICT and Telecommunications sectors, the companies are currently developing initiatives aimed at promoting collaborations with new talent, also through partnerships and contests with ISIA Roma, NABA, Domus Academy, Dipartimento di Architettura e Design del Politecnico di Torino - Department of Architecture and Design (DAD), Rome University of Fine Arts (RUFA), IED Milano.

The intention of the Contest, in its first edition, is to offer a reward to all projects offering an original contribution to the design and development of a cash register for use predominantly in local shops found in Italy. Apart from including the components/modules required by current tax legislation, the machine must be connectable to the network to allow subsequent functionality upgrades or the provision of value-added services.

Participation in the contest is free. The projects will be evaluated by a jury according to their coherence to the system of values that have always set Olivetti apart: costumer care, innovation, experience, excellence, proactivity.

You can download the official rules governing the Contest here.